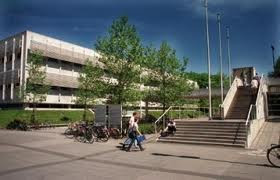 The Tilburg Center for Logic and Philosophy of Science (TiLPS) invites applications for a PhD position in natural logic and natural reasoning. The title of the PhD project is “A Computational Theory of Natural Logic”. Individuals are encouraged to apply who have an interest in logical and computational theories of ordinary reasoning and who want to investigate these topics in a setting of tableau theorem proving and model checking. The position is part of the program “Towards Logics that Model Natural Reasoning”, funded by a Free Competition grant from the Netherlands Organization for Scientific Research (NWO) and led by Reinhard Muskens. More information about this program and about the PhD project can be found at: official website.

Employment terms and conditions
Tilburg University is rated among the top Dutch employers, offering excellent terms of employment. The collective labour agreement of Tilburg University applies. The selected candidate will start with a contract for one year, concluded by an evaluation. Upon a positive outcome of the first-year evaluation, the candidate will be offered an employment contract for the remaining years. The PhD candidate will be ranked in the Dutch university job ranking system (UFO) as a PhD-student (promovendus) with a starting salary of € 2.042.– gross per month in the first year, up to € 2.612.– in the last year (amounts fulltime). The selected candidate is expected to have written a PhD thesis by the end of the contract.

Other
The Tilburg Center for Logic and Philosophy of Science is devoted to the study of logic and philosophy of science in all its forms. Many of its activities reflect the Center’s particular interest in the philosophical problems of economics and the social and behavioural sciences. The Center, which was founded in 2007, offers a Visiting Fellows Program, through which logicians and philosophers of science reside in Tilburg for several months or an entire academic year. The Center supports a full calendar of events, including regular research seminars, workshops, conferences and a lecture series, and is involved in the teaching of graduate students. The Center maintains relations and sponsors programs with other units at Tilburg University, including the Department of Philosophy, the Faculty of Economics and Business Administration and the Faculty of Social and Behavioural Sciences.

Information and application
For more information, please contact Dr Reinhard Muskens, r.a.muskens@uvt.nl (but do not send him your application).

Applications (in English) should include a cover letter, a curriculum vitae, a two-page research plan in which you elaborate on the project description and set your own accents, and the names of two references. You are also invited to include a sample of your writing if one is available in English, French, German or Dutch.