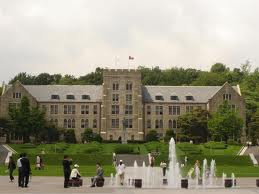 The Korea International Cooperation Agency was founded as a government agency on April 1, 1991, to maximize the effectiveness of Korea’s grant aid programs for developing countries by implementing the government’s grant aid and technical cooperation programs.

In the past, development cooperation efforts were focused on meeting the Basic Human Needs (BHNs) of developing countries and on fostering their Human Resources Development (HRD).

However, the focus has now shifted to promoting sustainable development, strengthening partnerships with developing partners, and enhancing the local ownership of beneficiaries.

Additionally, global concerns such as the environment, poverty reduction, gender mainstreaming, and population have gained significant importance among donor countries.

Due to the continuously changing trends in development assistance efforts and practices, KOICA is striving to adapt to these changes by using its limited financial resources effectively on areas where Korea has a comparative advantage.

In particular, since Korea has the unique experience of developing from one of the poorest countries in the world to one of the most economically advanced, this knowhow is an invaluable asset that helps KOICA to efficiently support the sustainable socio-economic development of its partner countries.

APPLICATION ELIGIBILITY
Government officials or researchers working in his/her home country with a Bachelor’s Degree or higher, and who should:

c. Checklist of Documents to Be Submitted